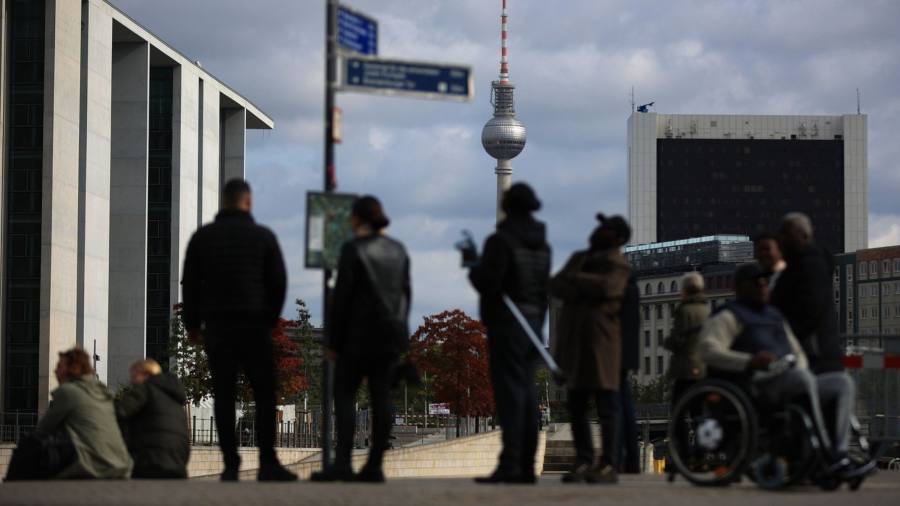 Bill Gross, the influential investor, has warned that even though the Federal Reserve started raising rates this week the US central bank will be unable to push through a planned series of further increases because doing so would “crack the economy”.

The founder of investment house Pimco told the Financial Times this week he believes inflation is approaching troubling levels but the US central bank will not be able to implement higher policy rates to contain it.

“I suspect you can’t get above 2.5 to 3 per cent before you crack the economy again,” he said. “We’ve just gotten used to lower and lower rates and anything much higher will break the housing market.”

Gross’s concern stands in contrast to the central bank policymakers’ consensus and market expectations of a 2.8 per cent policy rate by 2023 and to calls from St Louis Fed president James Bullard to hit 3 per cent by the end of this year.

Dubbed “the bond king” for his decades of successful investing, Gross has been railing against low policy rates for years.

“It destroys the savings function,” he said. “Meme stocks and NFTs [non fungible tokens], all of this nonsense in my mind has developed from the inability to earn a decent return in your 401k” retirement plan.

It’s probably the best thing that I left [Pimco]. At 72, you do start to lose it

In the past 18 months, he has been putting his personal money where his mouth is, by using options to bet against GameStop and AMC, the most prominent meme stocks to have seen their share prices driven up by retail enthusiasts.

Although he initially took enough losses that he stopped sleeping and closed some of his positions, he says he has been vindicated by rapid tumbles in both company’s shares. “Maybe I’m an old fart . . . but in total, I’m up maybe $15mn to $20mn.”

Gross has also profited handsomely from a decision to buy partnerships that invest in natural gas pipelines. He freely admits his interest was piqued by their tax structure — dividends are reinvested and not taxed until the holding is sold. Now the position is benefiting from sharply higher energy prices owing to the emergence from the pandemic and the war in Ukraine.

Gross, 77, still wakes up early and spends five hours a day at his Bloomberg terminal. But he has given up all thought of another comeback after his acrimonious forced departure from Pimco in 2014, a nasty 2018 divorce and a disastrous attempt to run a new fund for Janus Henderson.

Discomfort at the way he thought he would be portrayed in a new book recently led him to pen his own memoir. “I wanted to set the record straight,” he said.

The process has forced him to recognise his own shortcomings and insecurities. In his last days at Pimco, when he famously feuded with other top executives, “I was too sensitive and that was disruptive,” he said. “It’s probably the best thing that I left. At 72, you do start to lose it, and at 77 you lose it even more.”

He attributed his poor investment run at Janus to taking too much risk in an effort to beat his old firm, but also admitted, ruefully, that going solo forced him to recognise the value of his former colleagues.

“I missed the Pimco investment committee” which met daily, he said. “This was a company of bond kings and queens. I had some responsibility for hiring and keeping them at the firm. But these people are good.”

He now believes that the flamboyant bond king image was not only a great marketing tool that attracted clients but also allowed him to hide his anxiety and awkwardness. “People that want to be famous basically want to be loved and I wanted to be famous,” he said. “It’s a neurotic obsession with being loved.”

That is not to say that Gross has gone completely soft. Over the past few years he has feuded bitterly with a neighbour who objected to a sculpture installed at Gross’s Laguna Beach home. The two have gone to court twice over claims that Gross played loud music, including the theme from the US television show Gilligan’s Island, to irk his neighbour.

A fed-up judge eventually sentenced Gross to five days in jail for contempt of court but suspended it when he did community service preparing meals at a local shelter. Gross found the experience of cutting carrots and onions “instructive” and donated $15,000 to the organisation. But he said he fears further legal trouble because the neighbour has filed an appeal against the permits that let Gross keep the sculpture.

Although he remains estranged from the child he had with his second wife, Gross has remarried and he is close to his two older children. “When you get to your late 70s and early 80s, it’s like the death zone,” he said. “You just wait for the prostate cancer. But it also allows you to be more happy in the moment.”