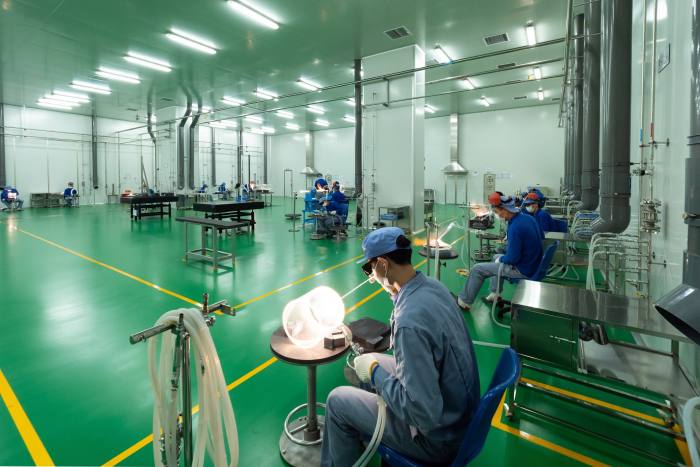 For Nina Kaye, her town’s participation in the national surge of sympathy for Ukraine can be measured in numbers. For the past two weeks, she has received around 100 emails a day from people offering help to refugees arriving in Epsom, a prosperous outer suburb of London.

Sitting in the Zig Zag café on the town’s high street, Kaye, a co-ordinator of the Epsom Refugee Network, explained one of the main obstacles had been knowing how to contact Ukrainians among the millions fleeing Russia’s invasion.

Her experience highlights the challenge of harnessing immense public enthusiasm for the Homes for Ukraine programme, which has prompted around 150,000 individuals and organisations to register to house Ukrainians ahead of its launching on Friday.

Under the rules of the scheme, anyone seeking to sponsor a refugee must give the names of those they are sponsoring. Kaye, who is nowadays retired after a career in classical music administration, was concerned that smaller groups might not be up to the task of connecting hosts with those in need.

“It seems like the British government is handing the whole thing over to small, local charities like us,” she said. “There are so many small, voluntary charities supporting refugees. But we’re only small organisations.”

Tim Finch, a consultant working with Citizens UK, an alliance of community activists, said there was both a large demand for shelter and supply of accommodation.

“The issue is trying to connect those two things up,” he said. “At this moment, it’s probably the biggest issue to make this scheme work, alongside safeguarding [the refugees].”

At the Ukrainian Catholic Cathedral in Mayfair, central London, desks, telephone lines and computers are being set up in the church’s hall to create a clearing house to process the information of those needing shelter and those willing to house them.

Kenneth Nowakowski, bishop for the Ukrainian Catholic church in Great Britain, hoped the process would improve soon. “I think everybody is working towards finding more streamlined ways of getting information out to the people who want to help,” he said.

In Epsom, the Zig Zag café founded by Makhoul Georges, a refugee from Syria, has become an informal base for members of the refugee network. All have a long experience of hosting people fleeing war from countries including Syria, Iran and Somalia.

Flip Bakker, a builder and electrician originally from the Netherlands, said he wanted to offer support because it was “unbearable” to see people struggle, and he recognised that anyone could one day be in need of such support.

Bakker, who registered the Epsom network’s willingness to arrange hosting for Ukrainian families, said the process had proved “straightforward”, though he was unclear about how the group’s offer would be passed on to those in need.

“You just wonder how people will be made aware that this is an open door,” he said.

Donna Williams, another volunteer, who has housed 17 refugees in her home since the network was formed in 2015, expressed frustration that the burden of finding Ukrainians to sponsor was holding up the process of bringing them to safety.

Williams said she started hosting refugees after being widowed and that being part of groups such as Refugees at Home — a larger charity championing community sponsorship schemes — had been a support.

“I had people in the same situation as me,” she said of the lonely, isolated refugees she took in. “Luckily, they had the same open attitude.”

Reset UK, the government-funded organisation that co-ordinates community sponsorship programmes for refugees launched a site on Friday that allows Ukrainians to express interest in coming to Britain.

Finch pointed to the site’s launch as evidence of the “massive amount of energy” going into making the matching of refugees and hosts smoother. “Although there’s definitely this problem now, it’s definitely an issue that can be solved.”

Michael Gove, levelling-up secretary who is overseeing the scheme, has indicated that he intends to move from the current model towards one that does not demand sponsors put in the intensive work of finding individual Ukrainians to home.

“We will rapidly expand the scheme in a phased way, with charities, churches and community groups, to ensure that many more prospective sponsors can be matched with Ukrainians who need help,” Gove told the Commons this week.

On Friday, the government said Ukrainian refugees without family members could now apply for visas under the sponsorship scheme via the government’s website to streamline the process.

Nowakowski expressed gratitude for the government’s efforts and said he thought there was no lack of will on its part to help. But he pointed out Britain was alone in Europe in demanding that Ukrainians seeking refuge apply for visas before travelling.

The UK currently required visas for Ukrainians coming to Britain both under the Homes for Ukraine programme and the family reunion route opened earlier this month.

“My personal wish is that probably for two months or so we could waive visa requirements, sort it out when people get here,” Nowakowski said.

In Epsom, meanwhile, members of the refugee network discussed the ways they had been able to help refugees in the past, such as by opening bank accounts, registering with doctors and, in many cases, learning English.

They were keen to link up with people and put their experience to good use, Kaye acknowledged.

“The tragedy is that there are so many willing people here — and we can really, really help — but we need help to put our willing hosts together with refugees.”