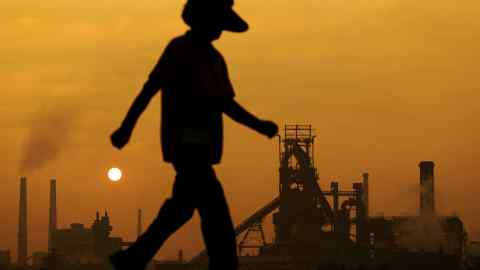 
Businessmen have denounced the government for making a massive hike of Rs60 per litre in prices of petroleum products within a week, calling it unprecedented and a very harsh decision that will unleash a new wave of inflation and cause a big increase in the cost of doing business.

Islamabad Chamber of Commerce and Industry (ICCI) President Muhammad Shakeel Munir said the decision would badly squeeze the purchasing power of the common man, leading to a sharp decline in the growth of business activities.

Speaking at a meeting of the business community, Munir said that the government also hiked the electricity price by Rs8 per unit, which would raise the production cost and further push up inflation.

He urged the government to immediately reconsider such unwise decisions to save businesses and people from dire consequences.

The ICCI chief pointed out that the price of petrol had jumped to Rs210 per litre and diesel to Rs204 per litre – the record high levels in the country’s history.

“This unprecedented hike in petroleum prices will multiply the energy and transport costs due to which trade and industrial activities will suffer badly.”

Munir expressed concern that the increase in State Bank’s policy rate by 150 basis points to 13.75% “has made credit cost unaffordable for the business community”.

He wondered who would do business and invest in Pakistan in an environment of frequent hikes in utility tariffs and petroleum product prices, and stressed that the government should make drastic cuts in all non-development expenditures and reduce the profit margins of oil marketing companies.

In these difficult times, he stressed, the government should avoid taking harsh measures and focus on promoting ease of doing business to improve exports and steer the economy out of current challenges.