Helene Hanff’s 1970 book 84 Charing Cross Road and the subsequent film, based on the letters she exchanged with the proprietor of an antiquarian bookshop, sent fans flocking to that address for decades. By publishing this mischievous account of his apprenticeship, subtitled ‘The Misadventures of a Rare Bookseller’, Oliver Darkshire risks attracting similar bibliophilic droves to his place of work.

They might get a dusty welcome from Sotheran’s, an establishment, founded in 1761, whose employees like being left in peace as they pootle, potter, or peruse early editions of The History of the Adventures of Joseph Andrews, reputedly the first full-length novel in the English language. It might only be a stone’s throw away, but otherworldly Sackville Street — just off Piccadilly, in the shadows of the Royal Academy — is a very different thoroughfare to busy Charing Cross Road. “People say businesses go to Sackville Street to die,” writes Darkshire in Once Upon a Tome, to explain its “slightly unnerving air.”

As the first point of call at his undersized desk near the door, Darkshire must set aside his cherished Fielding novel for any number of hawkers, shoplifters, baffled present-buyers and the simply lost

Serious customers, those who haven’t wandered in by accident as though through a mystic portal, can be divided into two categories: Smaugs, named for the gold-hoarding dragon in The Hobbit, whose interests are vast and all-consuming, and Draculas, who specialise in one, frequently arcane topic but seek to possess everything in that line. As the first point of call at his undersized desk near the door, Darkshire must also reluctantly set aside his cherished Fielding novel for any number of hawkers, shoplifters, baffled present-buyers and the simply lost.

The “bookrunners” who regularly arrive hoping to offload their finds are, like everyone else, both absolutely essential and utterly annoying. “The really valuable stock is free range,” Darkshire explains, and bookrunners find cheap books in far-flung second-hand shops and bring them to the capital to sell at a profit. Then there are the downsizers, such as the Mariner, an ex-seaman cashing in his literary chips, who enticingly waved a volume of antique erotica (women in diving helmets), originating what the management called “Oliver’s smut phase”. Saddest of all are those who have been commanded by irritated spouses to relinquish some of their cumbersome spoils. Book collectors should really live alone in haunted castles, Darkshire opines — or at least marry a co-conspirator.

The 21st century is at last dispelling the whiff of tweed and pipesmoke. As the designated young whippersnapper, Darkshire took over the Sotheran’s Twitter account, and to the amazement of management the number of followers swiftly mushroomed. The account brought “a weirdly augmented Sotheran’s to the world”, as the managing director states in his forbearing preface. Darkshire’s whims and fantasies now take on solid form in Once Upon a Tome, with its entertaining tales of bookshop ghosts, cursed volumes and unwelcome visitants such as “cryptids” (those who pester but never purchase), the startled government official checking up on the apprentice scheme, and the doomed health and safety officer.

Darkshire proffers plenty of backroom insights, such as the dark arts of “furbishing” (restoration) and the mysteries of valuation. If that volume of Joseph Andrews is missing plate 2, it will go from being worth thousands to being worth nothing. As to whether antiquarian bookshops will keep their appeal in the digital age, Darkshire is optimistic, having seen so many addicts pass before his eyes in his days at the front desk. “There’s a hunger about book people,” he avers. One conundrum at least has been solved. Seeking a Christmas present for that bibliophilic relative who has seemingly read everything? It’s right here.

Once Upon a Tome. The Misadventures of a Rare Bookseller by Oliver Darkshire Bantam Press, £14.99, 256 pages 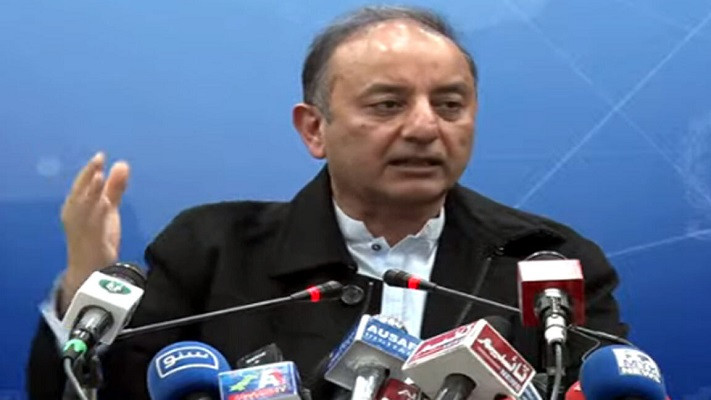 ISLAMABAD: State Minister for Petroleum Musadik Malik revealed on Monday that Russia has decided to …