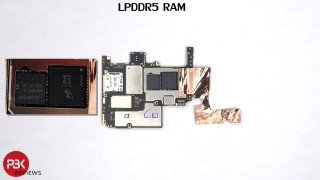 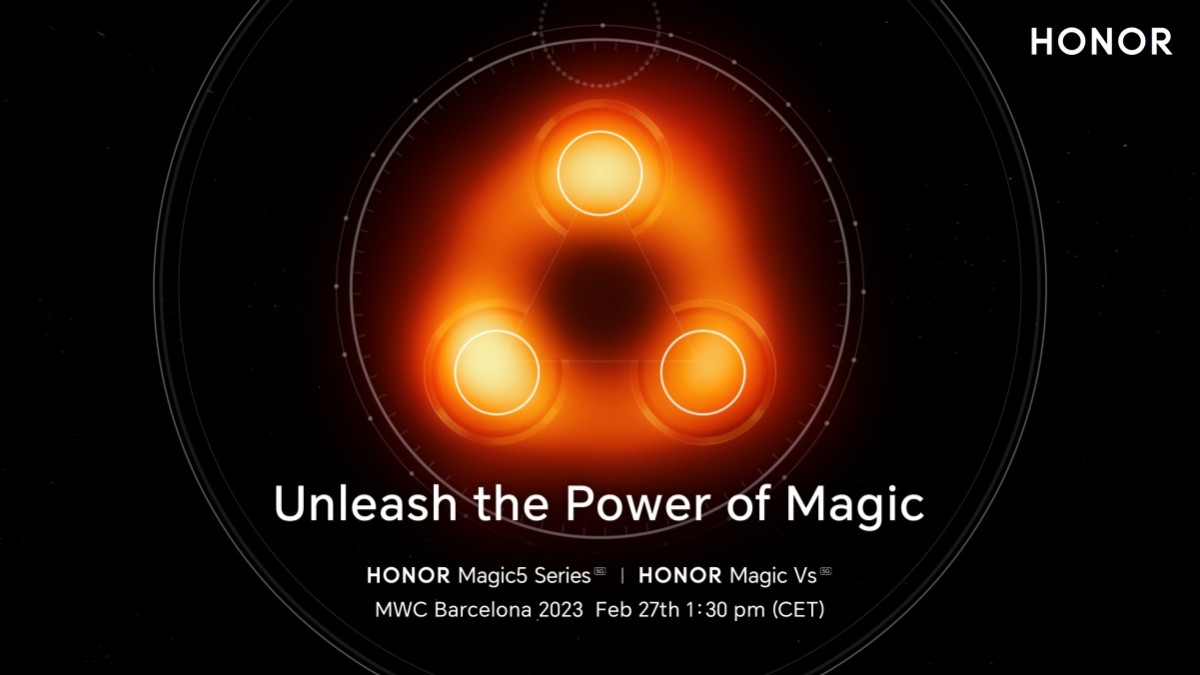 Oppo’s flagship wireless earbuds for this year are in and they promise to deliver the best sound and noise cancellation from the brand to date. Developed in collaboration with Danish audio experts Dynaudio, Oppo’s Enco X2 offer almost every imaginable TWS earphone feature you could think of. There’s active noise cancellation, dual device pairing, support for the LHDC audio codec, an IP54 rating, wireless charging and a combined battery life rated at 40-hours of listening.

We reviewed the first generation Oppo Enco X earphones last year and found them to be one of the best TWS earphones on the market with their rich sounding audio and compelling feature set. Are the upgrades on the Enco X2 enough to justify the $200/€200 asking price? Let’s find out.

Oppo Enco X2 look and feel like an evolution of the Enco X. You still get an in-ear design with rubber ear tips which now have a special anti-germ coating. The stems of the buds feature a pressure-sensitive area used for controlling media playback. The insides of each bud bear L and R letters so you don’t accidentally put one in the wrong ear. Enco X2 sit comfortably in my ears and managed to create a good enough seal. The case feels solid and is well built and the only complaint I have is that it picks up lint in my pocket pretty harshly.

The case design is mostly unchanged from last year’s model and is still made from glossy plastic which is not an issue on our white model though the black color variant will surely smudge up the moment you lay you fingers on it. There’s a small Oppo branding on the top of the case lid while the back shows a silver Dynaudio logo. The battery charging indicator is placed on the bottom of the case next to the USB-C port while a second LED for pairing sits beneath the case lid. Speaking of the lid, it’s built sturdy and can support the weight of the entire case on its own while also closing with a firm snap.

Oppo Enco X2 and their case come out to a combined 56.4 grams while each earbud amounts to less than 5 grams. The buds are IP54 water and dust resistant just like their predecessor so you shouldn’t worry about any rain or sweat damaging your earbuds.

Oppo Enco X2 bring almost every feature you could want from a wireless pair of earbuds in 2022. They are Hi-Res Audio certified and get 900kbps audio transmission rate thanks to the LHDC codec support. Legacy AAC and SBC codecs are also supported if your device is not LHDC ready. The buds connect over Bluetooth 5.2 with support for binaural low-latency Bluetooth transmission on both Android and iOS devices at up to 10 meters range.

Oppo is also touting up to three times more stable Bluetooth connection in LHDC mode compared to the Enco X earphones. I can safely say there were no connection drops in my testing and the buds managed to keep a stable connection even as I went around the office in opposite ends from my connected phone.

Oppo says its improved ANC this year should drown out up to 45dB noise around you and with ultra-wide frequency tuning and three microphones on each bud. Noise cancellation comes in mild, moderate, max and smart modes. The first two are less than ideal in blocking out noises around you while the max mode is as expected most potent and the one I used throughout my testing. Smart mode picks on of the other three modes automatically depending on your current environment.

Noise-canceling managed to block out static sounds in the low-end spectrum quite well and even fared decently in an office environment. With music playing at least 20% of max volume, low-range noises are hardly noticeable. I could certainly notice the coffee machine, water dispenser, and the strokes of my keyboard without any music playing. To sum up ANC on the Enco X2 is not the most potent noise cancellation I’ve tested and is a step behind premium competitors like Apple and Sony.

Another new feature on the Enco X2 is the AI noise cancellation with bone conduction which extrapolates your voice vibrations for clearer sounding calls.The bone conduction microphone is rather interesting as it captures the vibrations coming from your mouth which should result in better voice pickup in noisier environments compared to traditional microphones.

During my testing, voice pickup was excellent even on busy streets with enough cars revving up their engines, you’d think you’re at the race track. The new wind noise duct design and smart anti-wind noise algorithm handled their own better than any other pair of earphones I’ve tested recently. If you make a lot of calls on the regular then the Enco X2 won’t disappoint.

Oppo’s HeyMelody app is available on both Android and iOS and delivers a great user experience on both platforms with plenty of sound and customization options. There are toggles for ANC intensity, five EQ sound profiles, personalized ANC, game mode, dual device connection and remappable touch controls. You get several Dynaudio sound profiles which I will be talking more about in the Sound quality section.

Dual-device connection works though with a few seconds of delay when switching between devices. Game mode brings latency down to 94 ms which is a welcome addition during gaming but you still notice an obvious lag between pressing an on-screen button and hearing that action on the buds. Latency while watching videos is barely noticeable.

Enco X2 come with an Oppo-developed triple-core chipset which includes a standalone DAC chip. These are the first Dolby binaural recording earbuds on the market which means you can record sounds from the buds in rich detail. This feature is exclusive to the Oppo Find X5 series and it’s more on the gimmick side than anything. Oppo phones also get the added benefit of using the buds as a remote camera shutter – handy if you want to take a group picture.

Oppo Enco X2 bring dual coaxial speakers with 11mm dynamic drivers paired with 6mm planar diaphragm drivers. Oppo claims Enco X2 offer a frequency response from 20 Hz to 40 kHz compared to Enco X’s 20 kHz max output. While I couldn’t compare the values between the two earphones, I have to say I like how Oppo tuned the X2s.

Sound comes in rich with well-balanced mids and treble while bass is also noticeable though not overpowering. Samsung, Apple and Realme earphones certainly sound louder at similar volume levels though Oppo’s lower volume output isn’t a deal-breaker. Bass is present though it doesn’t overpower other elements or distort the overall sound profile. Mids are crystal clear, instruments and vocals are heard in full glory with enough oomph.

Podcast audio comes in clear and voices are well detailed. As with other noise-canceling earphones, you’re better off listening to music without ANC as it tends to distort sounds, creating a weird underwater effect. Listening to higher volume levels is still balanced enough and does not have major distortions like on some other wireless buds.

Oppo’s HeyMelody app has three Dynaudio sound profiles ranging from Punchy which acts as a bass booster to Real which emphasizes vocals and trebles and a Simple and Clear mode that is a middle ground between the two. In addition, there’s a special EQ mode tuned by Japanese composer Joe Hisashi which strikes the best balance out of all the available EQ settings and is the one I used predominantly during my testing.

A little side note – the Joe Hisashi mode is only available in the Chinese version of the HeyMelody app which is easily attainable once you switch your App Store region.

The LHDC mode does sound better in all scenarios when I tested it out on an Oppo Find X5 Pro though not a lot of other phones support the feature and you’d be hard-pressed to notice the difference while streaming music. I did spend the majority of my time paired to an iPhone 13 and can say all features (sans LHDC) and controls worked as well as they did on the Find X5 Pro.

The in-ear fit is good with the default size M ear tips though the Realme Buds Air 3 I recently tested managed to fit more snugly than the Enco X2 and were more comfortable for longer sessions. I also had a few occasions where the Enco X2 were about to fall out of my ears while walking which could be at fault of the extremely thin silicone tip surface on the buds.

Oppo claims Enco X2 can last up to 9.5-hours without ANC and around 5.5 with it toggled on. Combined with the charging case you get up to 40 hours of listening with ANC off and 22-hours with ANC on. In my testing, these values held up reasonably well. Using the earphones on and off for a week depleted the case’s battery down to 20%.

Enco X2 support up to 10W charging speeds via USB-C. A full charge of the buds takes one hour while topping up the case from 0 to 100% takes 90 minutes. Wireless charging takes longer and varies depending on the charger.

Oppo made sure to pack the Enco X2 to the brim in terms of features and they deliver high-end audio quality alongside a premium build and arguably the best microphone performance of any wireless earphones not made by Apple. Enco X2’s $200/€200 retail price is a lot for a pair of wireless earbuds no matter how good they sound. At the time of writing, Apple’s AirPods Pro are currently down to €199 and Sony’s WF-1000XM4 are available for €220.

Pricing and features make the Enco X2 a viable alternative in the premium segment though Oppo’s buds trail in the noise-canceling department. Sound is a subjective matter so you could also go in favor of the other two competitors depending on your preferences.

Enco X2’s balanced sound profile, rich feature set and great microphone work equally well on Android and iOS devices. If you’re not tied to Apple’s ecosystem and the benefits you get with AirPods and top-of-the-line noise cancellation is not your highest priority, you can give the Enco X2 a shot. 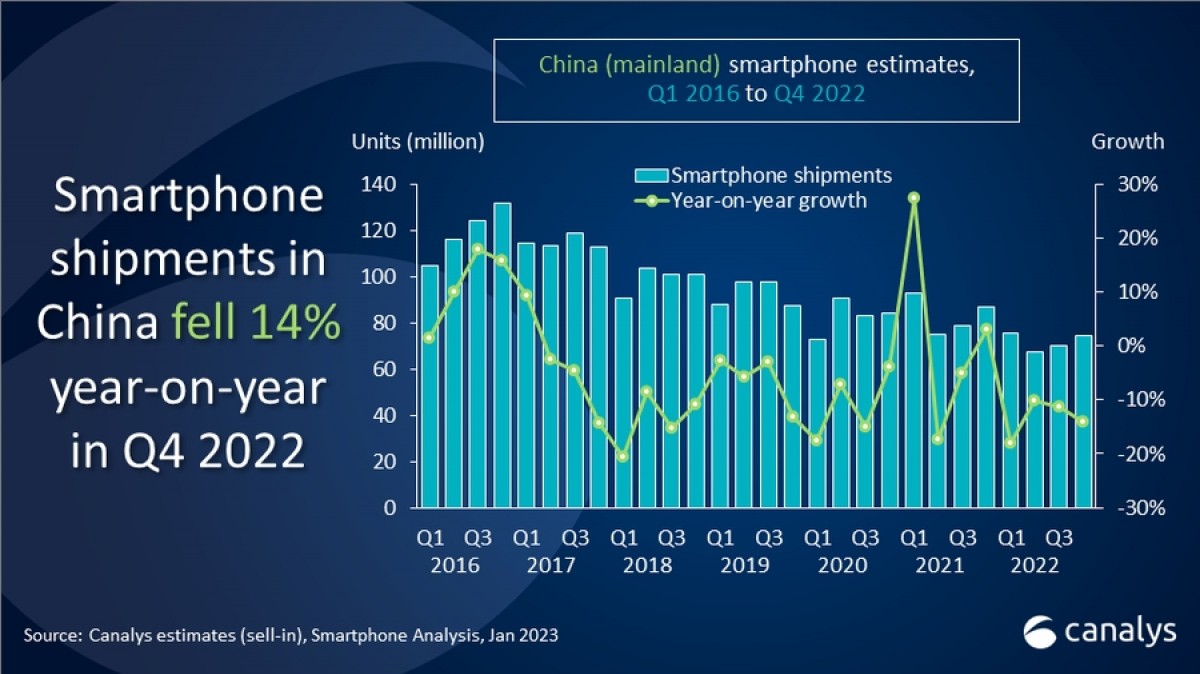