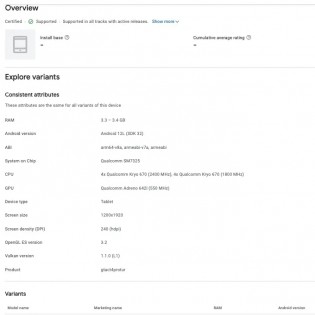 Once updated to Android 13, Google Pixel 6, 6 Pro, and 6a cannot be downgraded

We’ve been hearing about three 5G-connected Galaxy mid-rangers since late 2021, but not one of them has been made official yet. The good news is that they haven’t been canceled as they were just listed by the Bureau of Indian Standards (BIS).

The M33 has been spotted running Geekbench with on an Exynos 1200 chipset. The A53 will allegedly use the same chip in some regions and a Snapdragon in others. However, rumors of the impending reveal of the 1200 chip never panned out and it’s not clear if and how that may have affected Samsung’s launch plans.

Anyway, the Galaxy A53 5G will be a well-specced mid-ranger with a 120 Hz OLED display, a 64 MP quad camera. There will be no 3.5 mm headphone jack on this one, however, have a look at the speculative renders yourself.

We still don’t know when these three models will be unveiled. Samsung will be busy with the Galaxy S22 and Tab S8 launches in early February, so the three mid-rangers may squeak in before that.