According to the official statement, the card can record non-stop for 16 years, provided the host device manages to offload the content quick enough.

The Samsung Pro Endurance is built with in-house NAND flash memory and can last as long as 33 “typical speed-focused cards” which are the Evo Plus series. Reading speeds are up to 100 MB/s, while writing is up to 40 MB/s, depending on the capacity.

The cards are rated Class 10 with U3 (UHS Speed Class 3) and V30 (Video Speed Class 30), but once again – only particular versions.

The card comes in four sizes – 32GB and 64GB (microSDHC), 128GB and 256GB (microSDXC), and each capacity has different endurance, but all four are in the thousands of hours.

Samsung brought extra safety measures for the Pro Endurance on top of the usual water, magnets, and X-ray protection – it is called six-proof and also shelters the card from wearout and drops (up to 5 meters).

@DailyMultanNews
Previous What Labour still needs to learn from Tony Blair, 25 years on
Next EU proposes total ban on Russian oil imports as war in Ukraine grinds on 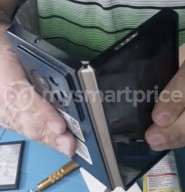