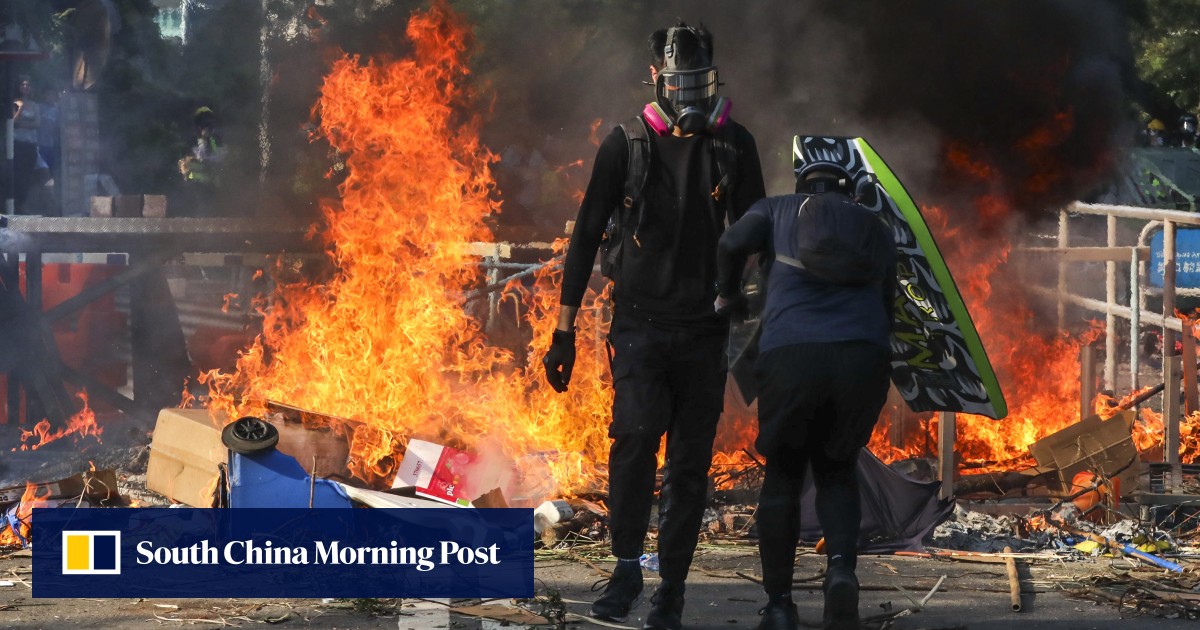 A Syrian teenager who drowned last month while trying to cross a river into the EU from Belarus was laid to rest on Monday in a forest cemetery for Poland’s tiny ethnic Muslim community.

Following a prayer in front of the wooden mosque in the eastern village of Bohoniki, a handful of people attended the migrant’s burial — the first in Poland since the border crisis erupted this summer.

The family of 19-year-old Ahmad Al Hasan was able to watch as well, thanks to a telephone livestream from a Syrian doctor who has lived in the area for years.

“It’s a human being, so we have to give him a proper burial. You feel for them all,” local Muslim leader Maciej Szczesnowicz told AFP.

“It’s a Muslim, a young person. We have to help,” said Szczesnowicz, the chairman of the Muslim community in Bohoniki.

One of at least 11 migrants who have lost their lives at the border, Al Hasan was given a final farewell more than 2,300 kilometres (1,400 miles) from his devastated hometown of Homs, Syria.

Pushed into the river

Szczesnowicz said the teenager died while trying to cross the Bug river from Belarus.

A fellow migrant who survived the river crossing told Polish authorities last month that Belarusian guards had pushed them into the river, even though they did not know how to swim.

Thousands of migrants, many of them desperately fleeing war and poverty-wracked countries in the Middle East, have tried to cross the border in often freezing conditions.

They say they are stuck between a rock and a hard place, with the Belarusian side refusing to allow them to return to Minsk and fly home and Poland not letting them cross and make asylum claims.

The EU accuses Belarus of luring the migrants to Belarus to send them across the border, in revenge for sanctions imposed last year after a heavy crackdown on the opposition.

Poland has responded to the influx by sending thousands of soldiers to the border and implementing a state of emergency there, as well as hastily building a razor-wire fence.

The Muslim community led by Szczesnowicz numbers more than 300 people, descendants of the Muslim Tatars who came to the area hundreds of years ago.

There have been Tatars in Poland since at least the 14th century. Local rulers employed them due to their reputation as fearsome horseback warriors.

Today, only some 5,000 Muslims live in the overwhelmingly Catholic country of 38 million people.

The community in Bohoniki has been helping the migrants on the border by collecting clothes and food and raising funds.

They have also been lending a hand to the troops in the area, making fresh batches of soup every day for the uniformed services.

“So we help both. No matter their faith or skin colour or nationality, we help everyone,” said Szczesnowicz.