Ukrainian PM: We need heavy weapons and budget support from the west 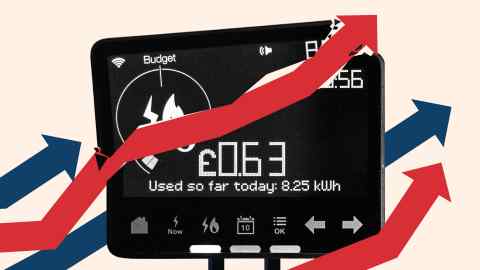 The writer is prime minister of Ukraine

This feeling permeates our society. Ninety-five per cent of Ukrainians believe in our victory. The courage of our armed forces and citizens has excited the world. Mariupol, Kharkiv, Sumy, Mykolayiv — these cities have become symbols of our people’s invincibility. The heroism of Ukrainian soldiers has proved to be stronger than Russian weapons.

To understand the scale of this heroism, compare the military budgets of the two countries. Ukraine’s military spending over the past five years has been about $20bn. Russia’s was almost $350bn. Despite this, Ukraine won the initial stage of the war.

The war demands a rethinking of the “responsibility to protect”. We do not call on the west for humanitarian intervention or boots on the ground. Rather it is a responsibility to help David defeat Goliath and conquer the evil perpetrating a new genocide in the heart of Europe. We ask our allies to provide heavy weapons for the Ukrainian armed forces, levy new sanctions against the Russian economy and secure funding for the Ukrainian budget.

According to the Congressional Research Service, the US has provided $4bn since 2014 in military assistance to Ukraine. Most of this has come from the Biden administration after Russia’s invasion. The Ukrainian people are grateful for the White House’s response to the threats Russia poses to the world. Unfortunately, the west’s support is not sufficient to liberate all Ukrainian cities, including Mariupol. We need much more weaponry from our allies. Ukraine is ready to fight without these weapons, but once supplied they could save thousands of lives.

Sanctions against Russia are bringing peace closer. Russia’s foreign debt default is only a matter of time. But sanctions need to be reinforced and updated to close possible loopholes. Secondary sanctions must be imposed to demonstrate that the west will not tolerate such aggression.

Oil and commodity embargoes, restrictions against the entire Russian banking sector — these are needed right now. Despite all the sanctions, Russia makes tens of billions of dollars on its commodity exports. Like the taxes western companies pay in Russia, these funds finance the bombs and shells that pound Ukrainian cities. There is no grey area any more. You either stay in Russia and finance the killing of Ukrainian children and women, or you leave this market, as more than 600 international companies have already done.

The war on our territory is causing untold damage to our economy. From afar, it may seem that things are not that bad. The government is working. The state is fulfilling its social commitments. Transport, communications and the internet are still in operation. But this does not make the war less bloodthirsty. Every day people die, fierce fighting continues and cities are being bombed.

The fact that Ukraine remains governed speaks of our state’s stability. It speaks of the strength of the government and President Volodymyr Zelensky, as well as the successful use of new technologies, digitalisation, reformed institutions and our people’s will to fight for their European future.

Our state and its economy are losing billions of dollars every day. But they still meet their social liabilities, support internally displaced people, provide medications and food, restore infrastructure and defuse mines on our land. Now there is a need to restore damaged homes and construct shelter and transitional housing. But due to the blockade of our seaports and missile strikes on cities and towns, some businesses and a large share of exports are stopped. The budget deficit is growing. At this most difficult moment in our history, we need financial aid from partner countries.

Supporting Ukraine is not just about helping an individual state, but the whole world. Despite the shells and mines, Ukrainian farmers are expected to sow 70 to 80 per cent of last year’s farmed areas with spring crops. We understand that Ukraine supplies food to almost 400mn people worldwide. Some countries rely on Ukrainian wheat for almost half their supplies. Russia’s aggression is causing a global food crisis and may lead to famine in parts of the world. Aid to Ukraine can stop this.

Some 5mn Ukrainian women and children have left the country because of the war. Almost all refugees are ready to come back as soon as the hostilities are over. Aiding Ukraine will accelerate their return and help Europe avoid a migration crisis.

Ukraine will not surrender or succumb to the aggressor. We will fight for as long as necessary. The world knows that the truth is with us. We ask the world to help us defend this truth.