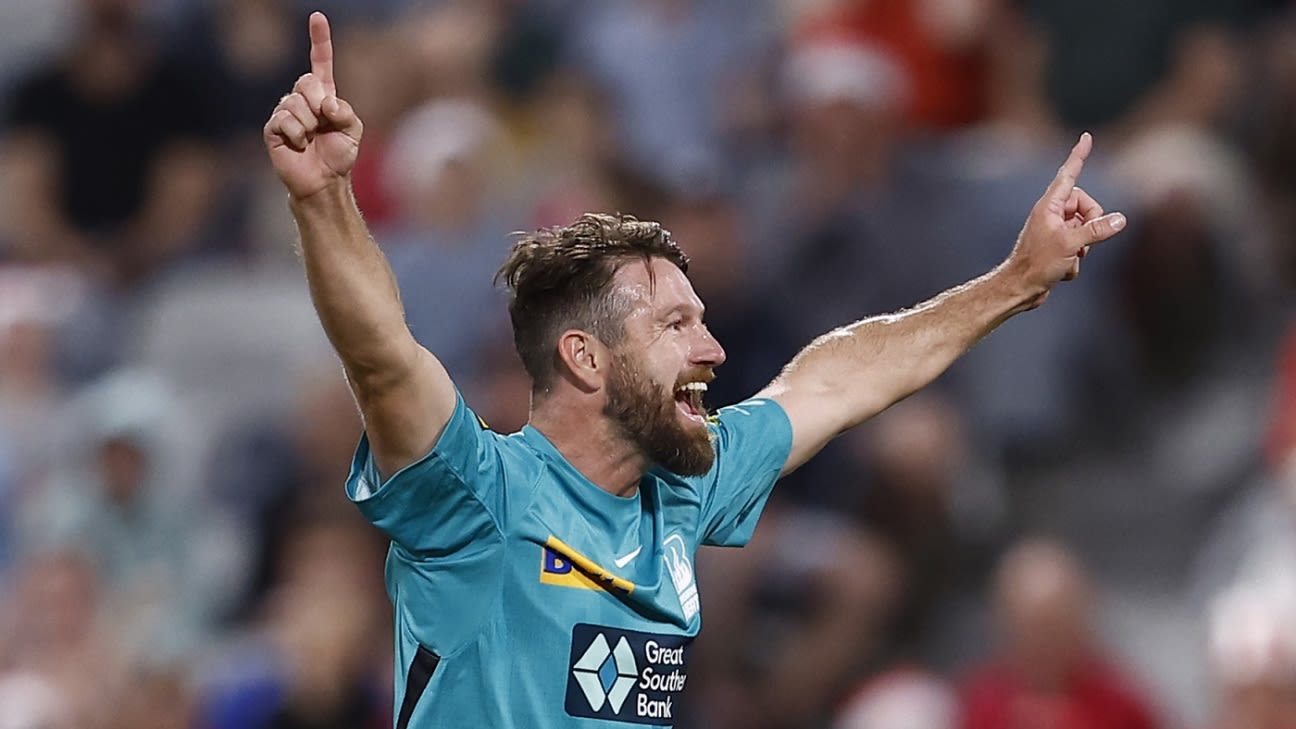 A precious unbeaten half century from Lancashire all-rounder Luke Wood set up a potentially match-winning total at Emirates Old Trafford with Kent going into the final day of a rain-affected match trailing by 185 runs after the hosts closed on 259 for 9.

Wood batted superbly throughout the majority of a third day which saw 51 overs sent down by an increasingly frustrated bowling attack unable to take advantage of the home side’s precarious position at the start of play.

Both teams were forced to make changes following the overnight news that England’s entire ODI squad was to be replaced, Lancashire’s Matt Parkinson and Kent’s Zak Crawley both heading south to Bristol as a result.

No play was possible until deep into the afternoon and it was 3pm when Steven Croft and Rob Jones strode out with Lancashire 108 for 5 and clutching a slender lead of 34 runs.

Just nine runs had been added when Croft shouldered arms to a lovely nip-backer from Darren Stevens and turned around in shock to see it had clipped his off stump.

Wood came in to join Jones and the seventh-wicket pair began a mission to extinguish any hopes Kent might have had of keeping the lead to a manageable margin. By tea the hosts were 155 for 6 and looking secure with a priceless 50 partnership coming up soon after the interval.

Jones was three short of his half-century when the impressive James Logan got one to spin sharply and induce an edge to Stevens at slip, ending a stand of 69 runs that had taken the lead to 112.

Logan quickly added another when Danny Lamb top-edged to Stevens for 2, but the incoming Tom Hartley, who replaced the England-bound Parkinson, was able to give valuable support to Wood who brought up his half-century from 98 balls as Lancashire’s lead tipped over the 150 mark.

Batting with freedom against the spin of Logan, Jack Leaning and Joe Denly, the ninth-wicket pair brought up their 50 partnership with five overs left and had extended the Red Rose’s lead to 174 when Hartley was caught at second slip by Jordan Cox off Matt Quinn for a useful 24.

As if to emphasise Lancashire’s dominance, the final over of the day saw man of the moment James Anderson hit two boundaries off Stevens to finish unbeaten on eight with Wood closing on 63 not out.