US stocks fell on Friday, extending sharp losses from the previous session, as signs of a tightening jobs market compounded worries over inflation.

The broad S&P 500 gauge fell 1.3 per cent after the opening bell in New York, while the technology-heavy Nasdaq Composite dropped 1.9 per cent.

Those moves followed a grim day on Wall Street, with the Nasdaq sliding 5 per cent — marking its biggest one-day decline since June 2020 as traders dumped shares in big-name growth companies, including Tesla and Apple.

Labour market data on Friday revealed that US employers added 428,000 jobs in April, topping forecasts for 391,000 new hires. Average earnings rose 5.5 per cent year on year, staying above 5 per cent for the fourth consecutive month, but also in line with the predictions of economists polled by Reuters.

“Ongoing wage pressure will be considered by many people in the markets as an indicator inflation is becoming more embedded in the system and [will] heighten worries around where rates will go,” said Maria Municchi, multi-asset portfolio manager at M&G.

Traders were unlikely to assess the better than expected hiring numbers as positive, Municchi added, because market sentiment was generally bearish.

“At the moment, bad data is bad and good data is also bad,” she said.

Meanwhile, in a sign that investors anticipated further equity market volatility ahead, the Vix index — often known as Wall Street’s “fear gauge” — registered a reading of almost 33, well above its long-term average of 20.

The yield on the 10-year US Treasury note, which had surged on Thursday, added another 0.06 percentage points to 3.1 per cent — remaining around its highest level since December 2018. The rise in yields points to a sharp decline in the price of one of the world’s benchmark fixed-income assets.

The Federal Reserve raised its main interest rate by 0.5 percentage points on Wednesday, in its first rise of that size since 2000. The US central bank’s move initially lifted the market mood, as chair Jay Powell appeared to rule out a 0.75 percentage point increase in the immediate future. But that bullishness was quickly overshadowed by nerves about how far borrowing costs would have to rise.

The dollar index, which measures the currency against six others, slipped 0.3 per cent but remained close to its highest level in 20 years as caution towards riskier assets drove demand for haven assets.

Brent crude rose for a third consecutive session, up 1.4 per cent to just over $112 a barrel, underpinned by expectations of tighter supplies as the EU prepares to hit Russia with an oil embargo in response to the war in Ukraine.

The FTSE Asia Pacific index of Asia-Pacific stocks, excluding Japan, fell 2.7 per cent. Chinese president Xi Jinping added to weak sentiment by reinforcing the nation’s commitment to its zero-Covid policy, which has confined tens of millions of people to their homes and slowed the economy. 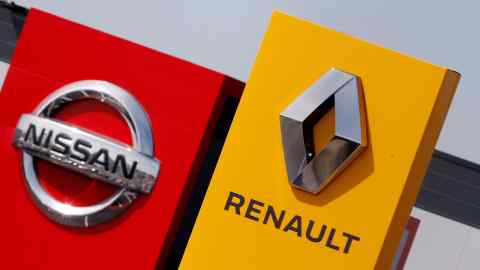